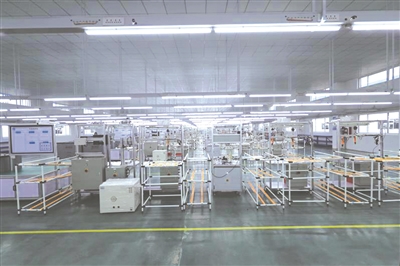 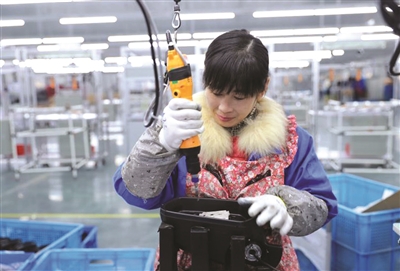 Accompanied with the trial production of Shanghai Lvxiang Auto Rearview Mirror Project, the project construction of Binhai Economic Development Zone entered a new chapter. On the one hand, the industrial park actively carries out project construction work. On the one hand, it seizes the opportunity of â€œone vehicleâ€, carries out accurate investment promotion on the automobile and parts and components industries, actively expands the fields, introduces derivative industries, and creates an â€œacceleratorâ€ for coordinated development. Industrial structure adjustment and transformation and upgrading.

Luxiang Automobile Rearview Mirror Project is the highest-quality, largest-volume, highest-grade full-scale industrial chain project introduced in 2017 in the park. With 12 supporting enterprises such as landing gears, spraying, mirrors, etc. of Lvxiang set to settle one after another, a complete industrial chain of mirrors will be formed in Binhai, and only Lvxiang rear-view mirrors will have a sales volume of RMB 200 billion. The supporting enterprises will also have more than 10 billion sales.

It is reported that the Industrial Park has listed the Lvxiang rear-view mirror project as the â€œNo. 1 Projectâ€ in 2017, and has established a special project promotion headquarters on the second day of signing the contract. The National Development and Reform Commission registered, employed and trained the construction team to assist in the whole process of service. A total of 112 specific tasks were discharged, the first-line work method was implemented, and the phase-down schedule and wall charting operations were implemented. A comprehensive implementation mechanism for quantifying tasks and time limits was established to ensure that everything was done. People and one-by-one management have ensured that all the work of the Lvxiang rear-view mirror project in the early stages of the examination and approval process is completed as scheduled, and a number of work sets the shortest record for the entire county.

Lvxiang rearview mirror achieves volume production in advance. In the process of project construction, the leaders of the county party committee and the county government have conducted in-depth investigation and guidance on the front line of the project. In the end, the rearview mirror project realized the advancement of the over-planned node, and the time for completion of trial production was repeatedly advanced. It was planned to be trial production from the end of June 2018 to December 2017 in advance, and will be completed and put into operation in March 2018. The 150,000-square-meter workshop at the 24 workshops started from May to part of the trial production for less than seven months. This created a new record for the construction time of auto parts companies and refreshed the â€œspeed of the parkâ€ for the construction of industrial enterprises. .

Invested 100 million yuan in Kaikai Plastics, 100 million in Kaimei Automotive Films, and 50 million in Fumei Automobile Lens Projects are accelerating... Binhai Economic Development Zone has been deeply cultivating in the field of automotive rearview mirrors with precise force. Accelerate the development of the automobile and parts industry chain and show the "geese and geese effect."

In the future, Binhai Economic Development Zone will take Lvxiang rear-view mirror trial production as an opportunity and use a total planning of 10 square kilometers of automobile and parts industrial park as a carrier to accelerate the development of new energy vehicle innovation demonstration with China National Automobile Parts Corporation. The construction pace of the park will promote the chain-type development of the automobile and parts industry, accelerate the formation of economies of scale, and strive to achieve an output value exceeding RMB 5 billion during the â€œ13th Five-Year Planâ€ period.