For the masters who often run the transportation, choosing a suitable car is like a sword chosen by the hero. It must be appropriate. Different road sections and different road conditions require different requirements for the engine, and there are always places to learn from the choice of experienced people.

"At the time, when I was transporting goods, I saw a lot of cars parked in the garage. There were a lot of friends in the same room who were driving Futian Oma. Looking at the appearance is quite fashionable, I went in and tried it. In the cab, the first feeling is spacious, more comfortable than the car I was driving at the time, and the vision is wider. Although it is the first time to try it out, it is quite easy, the engine is used by Foton Cummins 4.5L, it is big The brand is really strong enough." Niu Junhai talked about the scene when he first saw it, as if it was still vivid.

Although the owner of the cow was attracted to the appearance of the car at first sight, the master of the cow is an old driver who has been driving for ten years. For him, the most important thing is the performance of the engine.

â€œI used to pay attention to what new models my friends changed. Some of them are comfortable to sit on, but they compress the size of the container. If you transport it for a while, you will have less food. Itâ€™s still a bit more, not suitable. Itâ€™s good to watch and drive, but after a few squats, I found that the fuel consumption is a bit big. In short, there are also a lot of them. After several comparisons, now my friends are almost all carrying Futian. Cummins I SF powered car." Niu Junhai is very proud to talk about his wise choice. 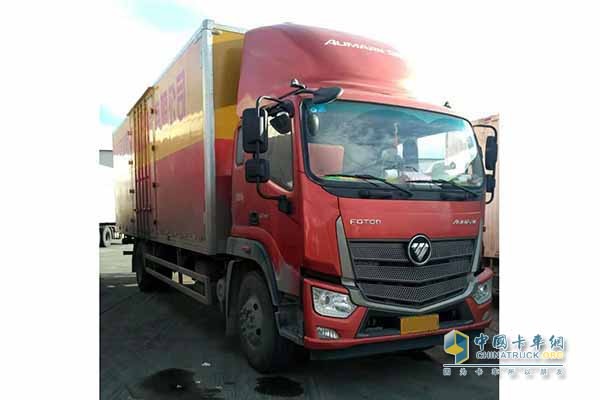 The master of cattle runs the route from Changping to Shijingshan and Tanzhe Temple. Although the distance is not too far, the road surface is relatively flat. However, when going back to Changchang, it is necessary to take the auxiliary road, often jamming, and always have to start again; the road to Tanzhe Temple has Slope, the power of the uphill slope must be sufficient.

"It is often necessary to step on the half-footed clutch, and the brakes often have to step on. It is good to go to Shijingshan. The slopes are all small slopes. There is a big slope in the Tanzhe Temple. The engine must be enough. I have specially learned about it before. The 180 can be used by the Foton Cummins 4.5L engine. It is a very good representative of the medium-horsepower diesel power. Not only is the diesel engine nearly one-fifth lighter than the similar ones, it has quick response and strong climbing ability.â€ Niu Shifu said These are indeed valid. The Ouma S5 medium card is equipped with Foton Cummins ISF4.5 engine with a maximum power of 154kW (210 hp), a power of more than 34kW/L, and a maximum torque of 760N.m. At 1200-1800 r/min, the economic speed covers 55-95km/h. These data are much higher than the domestic four-cylinder machine, and are not inferior to the small 6-cylinder machine, and compared to the traditional small six-cylinder engine. Futian Cummins ISF4.5L Euro 6 is compact and adopts modular and lightweight design. Its self-weight is only 330kg, 30% lighter than similar 4-cylinder machines, and the number of parts is reduced by 40%, which is more convenient for later maintenance. While reducing its own weight, the ISF4.5L engine also inherits the excellent genes of reliability and durability of the original ISF3.8. "Of course, these are also known before. After you open it, you feel that you are going uphill and starting a good job. You havenâ€™t had any problems. Itâ€™s really good.â€ When it comes to driving, the masterâ€™s words are opened. 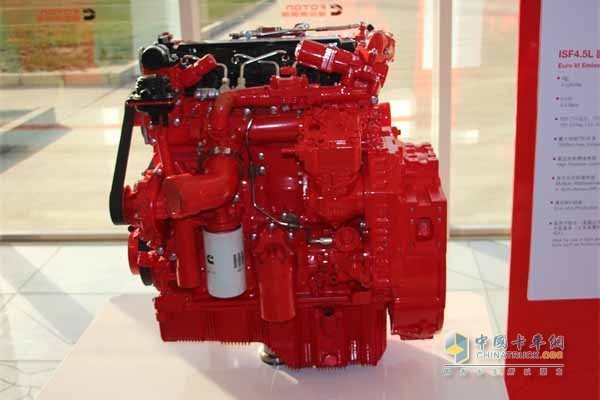 Niu Junhai is mainly responsible for the distribution to the supermarket, transportation is very frequent, and efficiency is also critical. "After changing the car in the past two years, it has been running for almost three years. There have been some minor problems, but it was solved very quickly. In the transportation process using Fukuda Cummins, there was no delay in delivery. The more you recognize it."

Now is the era of efficiency. Whoever can run fast and do well can capture existing and potential customers. The choice of Niu Master also helped him win the trust of his partners.

Niu Junhai has chosen to use the engine of Foton Cummins for two or three years. He originally thought that he fell in love with the excellent performance of Foton Cummins, but in the process of getting longer contact and experience, Niu Junhai gradually discovered that the original economy is durable. The most loved place in Futian Cummins.

The reporter found that in the process of chatting with the master of cattle, he found that the most he said was "the machine is durable." For a truck driver who has been transporting for a long time, if there is a problem with the engine, then the customer may change frequently. "The engine is the soul of a truck. If there is a problem with the engine, then there is no way to work. I feel that the most reassuring is its engine. Foton Cummins is also a world-renowned engine brand. It is trustworthy from the word of mouth. It has been used for two or three years now, and I havenâ€™t let me worry about it at all. Itâ€™s even more reassuring to pull the work in the future. I used to think that Futian Cummins was saving money, and later discovered that it was far more than that. It doesn't go wrong, it doesn't need to be repaired, it saves not only the maintenance costs, but also the potential value of not losing the trust of the customer."

Niu Junhai chose a truck and engine that is most suitable for him. I believe that his future transportation will be wider and wider.