When you are jumping into a beautiful ore, perhaps the danger has already invaded your body. In the field of geology and minerals, there are many rocks or ores that have a fascinating appearance and are also deadly. Let's take a look at the ten deadliest ore in the world.

Arsenic pyrite is the most widely distributed sulphur arsenide. It is mainly distributed in Hunan, Jiangxi, Yunnan and other places in China. The world famous places are Freiberg, Germany, Cornwall, UK, and Kobor, Canada. Waiting for the place. In ancient times, arsenic pyrite was called white ochre and vermiculite. The poisonous sand was smashed into small pieces, and the mixed stones were removed. It was smelted with coal , charcoal or wood, and then sublimated. This kind of stone is poisonous and must be washed in time after touching.

The serpentine has a wide range of output, and has a high degree of crystallization and good separability. The filamentous characteristic serpentine is a useful industrial mineral, also known as serpentine asbestos, which is highly carcinogenic. It can split smaller particles and fibers, and it splits rapidly in the lungs. If the contact time is too long, it will cause diseases. Therefore, workers engaged in the mining of chrysotile asbestos are prone to occupational diseases.

This stone is often found in cooled magma, an ore that combines mercury and helium at high temperatures. Because cockroaches are toxic, they emit toxic substances when heated, so they can cause harm to the human body if they are not careful.

Galena is a sulfide that is a relatively common mineral with a ratio of metal (lead) to sulfur of 1:1. The galena is usually in the form of a cubic crystal. The aggregate is usually in the form of a granular or dense block; it is lead gray, the streak is grayish black, has a metallic luster, has a hardness of 2.5, and has a density of 7.4 g to 7.6 g/cm 3 . Sexuality and good detection.

Galena mineral hydrothermal main causes of always coexist with sphalerite, easy to wind into the ground lead and alumina white galena; formed in volcanic rocks and sulfide deposits, often mixed with copper, There are also galenas in limestone limestone and dolomite limestone. It is the most widely distributed lead mineral and the most important mineral raw material for lead extraction. However, it contains a variety of toxic substances. Long-term exposure or inhalation of dust may lead to lead poisoning.

This ore is formed by elements such as antimony, lead and arsenic and can be found throughout Europe. Prolonged exposure can cause hair loss and cause serious illness or even death.

Arsenic trisulfide, also known as arsenic sulfide, is a symbiotic mineral of realgar (tetra-arsenic tetrasulfide), so there is a saying of "mineral bismuth". Pure arsenic trisulfide is lemon yellow, belonging to monoclinic system, with a relative density of 3.43, boiling at 707 Â°C without decomposition.

Arsenic trisulfide is hardly soluble in water and is not soluble in inorganic acids, but soluble in sodium sulfide, alkali metal hydroxides and carbonates. This ore is often found in hydrothermal eruptions, and long-term exposure can be poisoned by the neurotoxins they release.

The stibnite is a sulphide mineral of strontium, containing 71.69% bismuth. It belongs to the orthogonal (orthort) crystal system, has a long column with a pointed top, and the column has vertical stripes. The stibnite mine is mainly produced in medium- and low-temperature hydrothermal deposits, often symbiotic with cinnabar, realgar and orpiment.

China is the world's most prolific country, and Hunan, Guizhou, Guangxi, Guangdong, Yunnan and other provinces have a distribution of stibnite deposits. The large-scale stibnite deposit in the cold water Jiangxi mine in Hunan is famous around the world. This stone can cause poisoning and looks like arsenic poisoning.

Torbernite is a mineral containing uranium, uranium enrichment can be used as green crystals or mica-like image blocks, is phosphate type.

We often find this ore in granite . They are made up of uranium and have been very popular with collectors, but they have radiation and release toxic helium.

Cinnabar, also known as cinnabar, dansha, red dan, and mercury sand, is a natural ore of mercury sulphide. Its main component is mercury sulphide, but it is often mixed with realgar, apatite and asphaltene .

Cinnabar has the effects of calming hypnosis, detoxification and antisepsis, and inhibiting or killing skin bacteria and parasites. Cinnabar is a compound of mercury. Mercury has a special affinity for sulfhydryl groups in proteins. Mercury entering the body is mainly distributed in the liver and kidney, and can directly damage the central nervous system through the blood-brain barrier.

A pump used to move and meter slurries, solutions, or food products that must be processed according to certain cleanliness standards required either by law or a company`s own regulations. They are designed to meet regulatory requirements usually have to undergo on-site inspections from representatives the Food and Drug Administration or the U.S. Department of Agriculture. 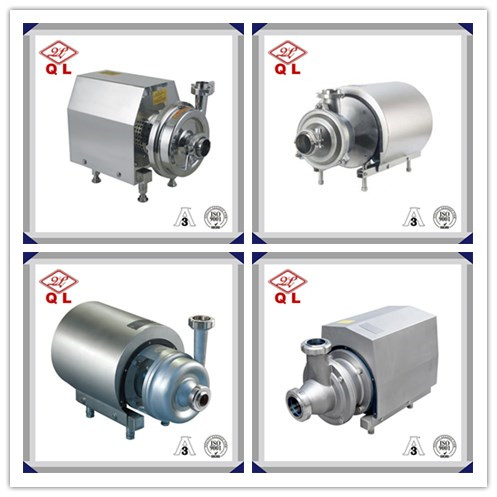